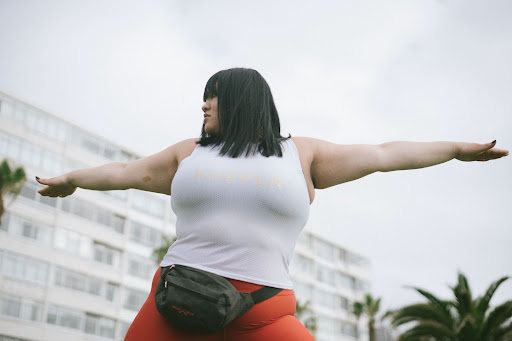 Yoga is a physical and mental practice that requires total focus on one’s mind and body. Cannabis is a plant with various intoxicating and psychoactive compounds that, when ingested in various ways, can allow users to more fully access one’s mind and body. So, it should come as little surprise that there are a growing number of teachers and practitioners who are increasingly integrating cannabis and yoga in order to achieve a certain kind of mental and physical wholeness.

Stacey Mulvey, the founder of Marijuasana, a Colorado-based, cannabis-centric yoga company that produces nation-wide pop-ups, a 200-hour yoga training course and a variety of cannabis and yoga educational resources, says that both yoga and cannabis help us achieve balance in our endocannabinoid systems.

Mulvey adds that practicing yoga actually achieves the same thing—practitioners often come to yoga, whether consciously or not, to alleviate some sort of discomfort, whether that be mental or physical or both.

“With yoga, when we are practicing and we start to feel blissful or calm, like that feeling we get when we are into that flow state, that’s the endocannabinoid system that you’re feeling on a physical level. Cannabis and yoga pair so well together because they’re both working on the same physiological stuff, like grounding or material within the body,” she says.

Integrate Cannabis Into A Yoga Practice

Rather than just idly puffing away before settling into poses consider basic guidelines for those looking to integrate cannabis into their practice.

Cannabis and yoga are a natural fit, Mulvey says. “It’s one of those things when people are like, well, why would you do that with yoga and cannabis? It’s like, why wouldn’t I? The more you learn, the more you can go into the crossover and the compatibility. Cannabis and yoga really are made to go together and it’s like kismet—they’re soulmates, in a way.”

Advantages of combining THC and yoga

Disadvantages of combining THC and yoga