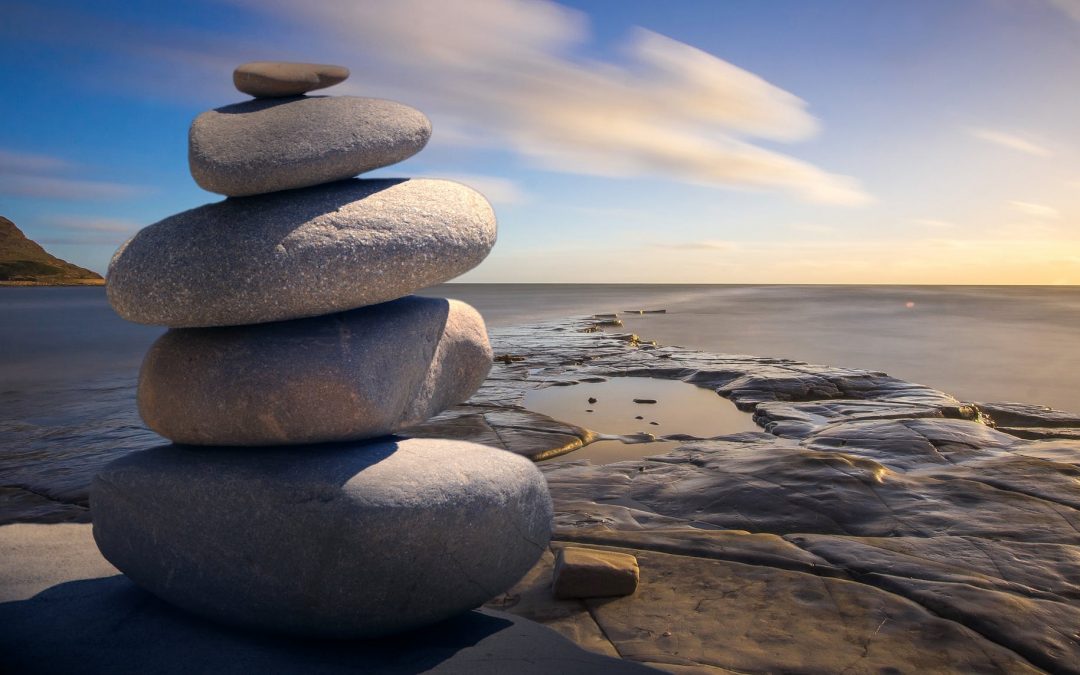 In the vast and growing world of cannabis consumers, nearly every individual person would likely say they have a favorite cultivar. The sheer variety of cultivars and availability of technology and apps like Leafly that break down exactly what one cultivar does makes learning more about these cultivars and finding one tuned for one’s own medical needs a complete breeze.

Knowing the effects of one cultivar can make all the difference for a first-time consumer or patient, and we are lucky to have the technology at our fingertips nowadays, especially since cannabis research is continually growing alongside it. For those unfamiliar, Leafly describes cultivars in three self-descriptive categories in the app: helps with, positive effects, and negative effects.

While all three categories have their uses, negative effects stands out for its usefulness in preventative medicine. By knowing the negative effects of a cultivar, one can quickly learn what they do not need before acquiring. In the case of anxiety, this can be vital for some, as anxiety is one of the most perplexing dualities surrounding cannabis. While anxiety is often treated by cannabis, the fact is that sometimes, cannabis can also cause it.

While cannabis is known for its many positive effects and benefits, it is perhaps equally well-known for its two most predominant negative effects: anxiety and paranoia. Sometimes found hand in hand or comorbid in psychology terms, anxiety and paranoia have long been strange bedfellows for cannabis patients, unwanted guests in the healing process so to speak, and their causes remain unknown. Moreover, for schizophrenic individuals, paranoia can trigger psychotic episodes, though generally rare and more common in those with a genetic predisposition to schizophrenia.

This relationship is indeed a curious one, as panic attacks and other afflictions can sometimes unfortunately happen when using cannabis, though again rare for informed individuals. In the article, “Cannabis use and mental health: risks and benefits,” by Hall, Hoch, and Lorenzetti from the 2019 edition of the “Springer Nature Medical Journal,” a similar dualistic argument to that of anxiety’s relationship to cannabis is made referring to public health policy:

“In public debates about cannabis policy, two competing claims are often made about how cannabis use may affect mental health. One is that cannabis use by young adults and vulnerable individuals across the lifespan can be a contributory cause of: a cannabis dependence syndrome; schizophreniform psychoses; anxiety and depressive disorders; acute and perhaps chronic cognitive impairment, and structural and functional changes in brain pathways implicated in reward, learning and addiction. The second claim is that cannabis (or some cannabinoids such as cannabidiol) have neuroprotective properties and can be used to treat anxiety, depression, sleep disorders, pain, neurological disorders and dependence on various drugs including cannabis.” (Hall et al).

The first position, of course, would be that of a fictional anti-legalization advocate, while the second, a fictional proponent of medical cannabis. Both make salient points about mental health and cannabis and segue into the fact more research needs to be done on virtually all the mentioned afflictions before anything definitive is published, bringing their research focus back into how cannabis helps individuals as a supplement to their current medical treatments.

“Their systematic review shows some evidence that THC or CBD given as adjuncts to other pharmacotherapies and psychotherapy improved specific symptoms of some disorders (e.g. in dementia, cannabis and opioid dependence, schizophrenia, general social anxiety, post-traumatic stress disorder, anorexia nervosa, attention-deficit/hyperactivity disorder, and Tourette`s disorder). Adverse effects were reported, but these were rarely severe.” (Hall et al).

The results of the review conducted ultimately end where they started, at the same list, with a very limited amount of severe negative effects reported. However, this particular article ends with cannabis’ treatment potential in a very capable light. The key takeaway being similar to that of an allergy to cannabis, preventative medicine and doing research is the best answer to finding the right cultivar for a specific treatment focus. Additionally, the point is made that CBD should be substituted for THC for those with a higher tendency towards anxious thought.

However, also like those severely allergic to cannabis, certain schizophrenics or those predisposed to schizophrenia may find avoidance of cannabis the only answer in some instances. In the recent article, “Cannabis and psychosis/schizophrenia: human studies” by D’Souza, Sewell, and Ranganathan from the “European Archives of Psychiatry and Clinical Neuroscience,” the mechanisms and brain activity of schizophrenic patients who consume cannabis was closely examined to better under the functionality of it on the brain.

“Until recently, little was known about the mechanism of action of cannabinoids…(it’s) clear is that in individuals with an established psychotic disorder, cannabinoids can exacerbate symptoms, trigger relapse, and have negative consequences on the course of the illness. The mechanisms by which cannabinoids produce transient psychotic symptoms, while unclear may involve dopamine, GABA, and glutamate neurotransmission.” (D’Souza et al).

Much like a panic attack in an individual diagnosed with panic disorder or an anxiety or mood disorder, an individual diagnosed with schizophrenia has a higher chance of exacerbating their negative symptoms if the wrong cultivar is selected. The brain chemistry itself cannot lie, and again, the necessity of preventative medicine and knowing the side effects of one particular cultivar becomes vitally important. The study goes on to note, however, that cannabis is not the outright cause of any psychotic disorder, a very important distinction to be made.

“It is likely that cannabis exposure is a ‘component cause’ that interacts with other factors to ‘cause’ schizophrenia or a psychotic disorder, but is neither necessary nor sufficient to do so alone. First, the distinction between psychotic symptoms and a psychotic disorder such as schizophrenia needs to be considered. There are differences between these two outcomes with exposure to cannabinoids. Second, the symptoms of schizophrenia include not just positive symptoms (hallucinations, delusions, thought disorder, paranoia) but also negative symptoms (amotivation, social withdrawal, and emotional blunting) and cognitive deficits (impairments in memory, attention and executive function). However, severe or persistent psychotic reactions are rare, and are more likely to occur in individuals with a preexisting psychiatric condition such as schizophrenia or personality disorders.” (D’Souza et al).

Again, the key takeaway for consumers is cautionary, preventative medicine, not an all-out cessation on smoking for those who have been diagnosed with a psychiatric disorder. A lot of new patients may not have their full, yearslong medical history at the ready, but knowing both the bad and good gives one the whole picture. Moreover, telling one’s budtender or doctor their symptoms is probably the easiest thing to do to find a cultivar that fits one’s personality. Do not be shy, its legal now!

In the closing notes of the article by D’Souza, Sewell, and Ranganathan, their findings on brain activity in schizophrenic individuals who consumed cannabis provided the medical community with some of the most recent information on the neurochemical pathways, shedding as much light as possible on the subject for continued future research.

“Schizophrenic patients and others who are psychosis-prone may be more likely to experience transient positive, negative, and cognitive symptoms following exposure to cannabinoids, and these effects may be greater in magnitude and duration relative to healthy individuals. The effects of cannabinoids on increasing DA, reducing GABA, and reducing glutamatergic neurotransmission may contribute to their capacity to induce transient positive, negative, and cognitive symptoms, but the precise mechanism remains unclear.” (D’Souza et al).

Every individual is different and one should always consult their doctor or healthcare provider if even the shadow of a doubt is felt around a certain cultivar. While the notion that ‘cannabis is for everyone’ is welcoming and speaks deeply to the healing nature of this wonderful plant, the fact of the matter in preventative medicine for a very, very small portion of individuals with a psychotic disorder is that it may not be the best idea for someone recovering from a profound, reality-tampering mental illness like schizophrenia unless otherwise approved in conjunction with other current medication.

Paranoia, it should be noted also, is not found that often in newer cultivars. The characteristic does show up on Leafly’s radar in the negative effects section for certain cannabis cultivars, and that right there is the key for schizophrenic individuals looking for a new cultivar. The goal is not to instill fear, but to inform with knowledge and get everyone on the same page.

Gone forever now is the dreaded pre-legalization paranoia and anxiety around cannabis, but yet still man’s penchant for both remains. As more research is done and more studies come out, one should certainly be optimistic about the future, and remember in many cases that anxiety can be mind over matter too. However, like a cannabis allergy, some individuals are better suited to avoid cannabis altogether if the negatives outweigh the positives.